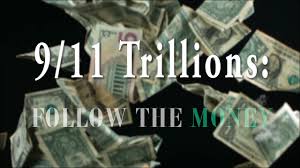 Worse, the false adulation towards the war industry's incumbent president, coupled with the elimination of presidential candidates opposed to Pentagon budget, are all indicative that the victims of the controlled demolition of the Twin Towers will never get justice anytime soon.

If the event was coordinated by MOSSAD-CIA operatives, and financed by the House of Saud, under the instruction of the UK MI6, then not even Trump, who serves the British Crown and everything Jewish, could facilitate the incarceration of those linked to the high crime.

But hope springs eternal for those who truly believe that Trump is God's Redemmer, so…

As a military officer and also contractor for Booz Allen Hamilton, I was assigned to the Joint Interagency Operations Center at U.S. Central Command, where I identified, tracked, and reported on terrorists, their financial donors, networks, banks, and activities.