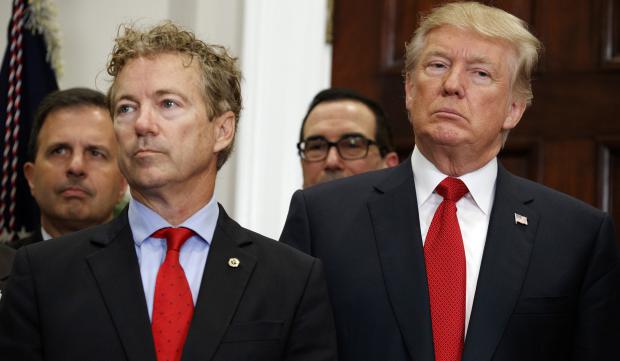 Appearing on CNN, Paul warned that any attack on Iran would constitute a "needless escalation" of war.

"The Iraq War, President Trump has said, was the biggest geopolitical blunder of the last generation," Paul said.

"It destabilized the Middle East and increased the strength of Iran and tipped the balance toward Iran," the Senator added.

Paul also had stern words for Rep. Liz Cheney, who earlier in the day proclaimed that the US should deny visas for Iranian diplomats at the United Nations General Assembly meeting this fall.

"There was nothing good about the Iraq war and Dick Cheney, Liz Cheney and John Bolton still don't get it. They are still advocating for more regime change in the Middle East." Paul declared.

US Secretary of State Mike Pompeo declared unequivocally Saturday that Iran is behind the attack:

Tehran is behind nearly 100 attacks on Saudi Arabia while Rouhani and Zarif pretend to engage in diplomacy. Amid all the calls for de-escalation, Iran has now launched an unprecedented attack on the world's energy supply. There is no evidence the attacks came from Yemen.