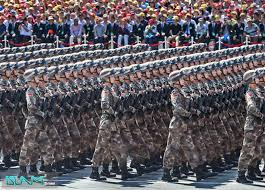 Beijing rapped London further, telling it to dump its "colonial attitude" with regard to Hong Kong. However, the ultimate leverage, was the caustic reminder to Britain that if it wants to trade with China in the future, then it better mind its manners.

Given the deepening turmoil over Brexit and the uncertain economic prospects once Britain quits the European Union, the British government is going to need every trading opportunity around the world it can muster. Keeping on good terms with China, the globe's second-biggest national economy, will therefore be crucial for Britain's post-Brexit survival.

Since taking office in July, Prime Minister Boris Johnson has been quick to talk up a future golden era of bilateral trade relations with Beijing. He has expressed an interest in China's Belt and Road Initiative for global trade, and he has even dared to ruffle US President Donald Trump by calling for an end to the tariffs and trade war with Beijing, thus implying the White House's hardball policy is wrongheaded.