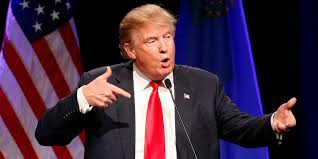 The U.S. Senate has reconvened from its August recess, and first on the agenda is gun control. President Trump has been in ongoing talks with Democrats and anti-gun Republicans about exactly what and how much gun control will be passed this month.

Virtually everything is on the table: everything from a so-called assault weapons ban to mandatory buybacks of all semi-automatic rifles to universal background checks to "red flag" gun confiscation laws, ad infinitum.

September 2019 could wind up being the month that the 2nd Amendment dies.

And worst of all, most conservatives are sound asleep, believing that Trump would never sign any of these communistic gun control measures into law. These people are totally bewitched by Donald Trump.

But Donald Trump has been threatening to enact major gun control measures for months. At one time or another, he has endorsed everything from "red flag" gun confiscation laws to universal background checks to raising the age of gun possession to 21, etc. He has even said that he is in favor of creating a national "social credit" score, similar to a financial credit score, where major social media sites would monitor people's speech and issue a grade accordingly. A low grade would precipitate gun confiscation by government police agencies.