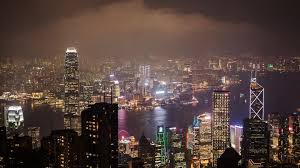 Their sentiments, reflected in passport paperwork and in interviews with residents, migration agents and real estate brokers across the globe, show the potential for human and capital flight out of Hong Kong.

Since an abortive push to allow extradition to mainland China sparked unrest in the former British colony three months ago, emigration seminars have been overflowing, organizers and attendees say.

Requests for police-record printouts, which cost HK$225 ($29) and are only issued for visa applications or child adoptions, jumped 54% to 3,649 in August compared with last year. There have been more requests in 2019 so far than at the same point in any of the previous five years.

In 2017, the most recent year for which figures are available, there were 75 adoptions in Hong Kong, a number comparable to previous years. The Hong Kong government estimates that last year about 7,600 people left the city for good, roughly one-third the number who sought police-record printouts.