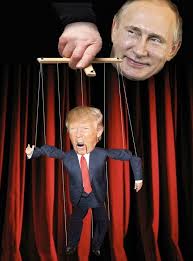 Certainly, there are many things that President Donald Trump can rightly be criticized for, but it is interesting to note how the media and chattering classes continue to be in the grip of the highly emotional but ultimately irrational "Trump derangement syndrome (TDS)." TDS means that even the most ridiculous claims about Trump behavior can be regurgitated by someone like Jake Tapper or Rachel Maddow without anyone in the media even daring to observe that they are both professional dissemblers of truth who lie regularly to enhance their professional resumes.

There are two persistent bogus narratives about Donald Trump that are, in fact, related. The first is that his campaign and transition teams collaborated with the Russian government to defeat Hillary Clinton. Even Robert Mueller, he of the famous fact-finding commission, had to admit that that was not demonstrable. The only government that succeeded in collaborating with the incoming Trumpsters was that of Israel, but Mueller forgot to mention that or even look into it.

Nevertheless, Russia as a major contributing element in the Trump victory continues to be cited in the mainstream media, seemingly whenever Trump is mentioned, as if it were demonstrated fact. The fact is that whatever Russia did was minuscule and did not in any way alter the outcome of the election. Similarly, allegations that the Kremlin will again be at it in 2020 are essentially baseless fearmongering and are a reflection of the TDS desire to see the president constantly diminished in any way possible.

The other narrative that will not die is the suggestion that Donald Trump is either a Russian spy or is in some other, possibly psychological fashion, controlled by Russian President Vladimir Putin. That spy story was first floated by several former senior CIA officers who were closely tied to the Hillary Clinton campaign, apparently because they believed they would benefit materially if she were elected.

Former CIA Acting Director Michael Morell was the most aggressive promoter of Trump as Russian spy narrative. In August 2016, he wrote a New York Times op-ed entitled "I Ran the CIA. Now I'm endorsing Hillary Clinton." Morell's story began with the flat assertion that "Mrs. Clinton is highly qualified to be commander in chief. I trust she will deliver on the most important duty of a president – keeping our nation safe… Donald J. Trump is not only unqualified for the job, but he may well pose a threat to our national security."

In his op-ed, Morell ran through the litany of then GOP candidate Trump's observed personality and character failings while also citing his lack of experience, but he delivered what he thought to be his most crushing blow when he introduced Vladimir Putin into the discussion. Putin, it seems, a wily ex-career intelligence officer, is "trained to identify vulnerabilities in an individual and to exploit them. That is exactly what he did early in the primaries. Mr. Putin played upon Mr. Trump's vulnerabilities… In the intelligence business, we would say that Mr. Putin had recruited Mr. Trump as an unwitting agent of the Russian Federation."