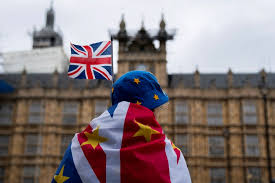 A new survey conducted by research experts ComRes, finds that the majority of British people want the Brexit vote to be respected and want the country to leave the EU without any more delays.

Despite calls for delaying and even canceling Brexit from both members of the Labour Party and the entirety of the Liberal Democrat party, the survey finds that a majority of British people categorically do not want that to happen.

More than half of British adults, 54 percent, believe the result of the 2016 referendum should be respected, and Brexit delivered, the poll found.

Only 25 percent disagreed, and 21 percent said they didn't know.

Even among those who voted Remain in 2016, more than a third, 35 per cent, said they now wanted Brexit delivered.

Only 29 per cent of voters said they want the process further delayed in the hope of securing a deal with the EU.