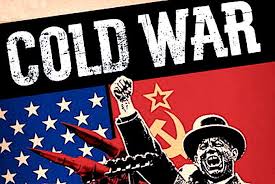 Recently, U.N. General Secretary António Guterres funereally closed the celebrations with the realization that "The Cold War is back."

In a very short span of history, the window that had finally opened for Russia and the United States to build a new international system in which they work cooperatively to address areas of common interest had slammed back closed. How was that historic opportunity wasted? Why was the road from the Nobel committee's hope to the UN's eulogy such a short one?

The doctrinal narrative that is told in the U.S. is the narrative of a very short road whose every turn was signposted by Russian lies, betrayal, deception and aggression. The American telling of history is a tale in which every blow to the new peace was a Russian blow. The fact checked version offers a demythologized history that is unrecognizably different. The demythologized version is also a history of lies, betrayal, deception and aggression, but the liar, the aggressor, is not primarily Russia, but America. It is the history of a promise so historically broken that it laid the foundation of a new cold war.