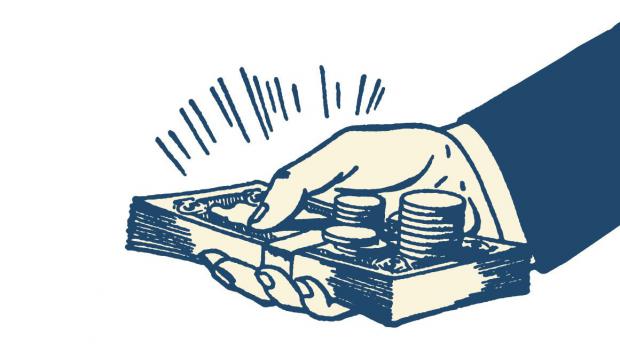 The progressive agenda assumes that no amount of taking will ever lead to less earning.

In any system of social accounting, it is necessary to reconcile revenues with expenditures. Private firms do so because they fear insolvency and bankruptcy. Public institutions don't have the option of bankruptcy, so they invoke three related strategies to avoid the inevitable: raise taxes, print money, or incur debt to meet their obligations.

Done prudently, it is possible for governments to keep their books in balance. But not when these three tools are in the hands of modern progressives and would-be socialists who use them to save the world from environmental disaster, to equalize income and wealth, to codify an ever-widening class of positive rights, and to rectify an ever-greater set of supposed grievances through private lawsuits or government regulation.

These goals may look plausible—even tempting—when taken in isolation. It might seem churlish to argue anyone should be denied a cleaner environment, a college education, universal health care, or guaranteed housing. Perhaps cost should be no object. These proposals are often strategically vague on matters of detail so as to make it impossible to put a price tag on each separate initiative, let alone all of them in combination. The excuse is then made that wealth production is best handled by a combination of monetary and fiscal policy. The first makes credit cheap, and the second uses government purchases to pick up any slack.

How then are these gargantuan expenditures to be funded? The first problem is that the private sector will be so debilitated that government revenues will fall even if tax rates are kept at their current rate. But taxes won't stay at their current rate, because the progressive mindset ignores incentives and treats all wealth transfers as zero-sum. They assume that no amount of taking will ever lead to less earning and that the top 1 percent of Americans, who earn about 20 percent of total income, comprise a deep well.

But that well has already been tapped; today these same rich people also pay 40 percent of federal and state taxes. Some of that money generates return benefits in the form of government goods and services. But today, Social Security, Medicare, Medicaid, and lesser entitlement programs consume an ever-larger fraction of public wealth. We are on the wrong side of the Laffer curve, where higher taxes will generate even smaller revenues. Foreign investors will stay away or pull up stakes and move elsewhere. Many older professionals will choose to retire rather than take a cut in after-tax income. Meanwhile, everyone else will lobby to get on the government gravy train.