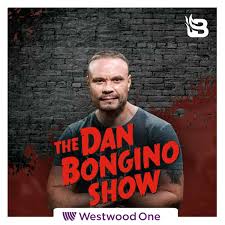 As the United States grieves on another anniversary of the terror attacks of 9/11, politicians and analysts discuss whether or not we are safer than we were in 2001. Despite the comparative evaluation, there have been clear signs that the United States is still at war and we must remain vigilant.

Aggressive anti-American and anti-Israel billboards have been plastered in the Iraqi capitol of Baghdad. The Daily Mail reports that the "death to America, death to Israel" signs are "emerging on the streets of Baghdad as part of a campaign by Iranian agents, according to an Iraqi governor."

The governor of Iraq's Ninevah province, Atheel al-Nujaifi, said the signs "are evidence of the government's inability to control pro-Iranian groups who want to drag Iraq into an international conflict that endangers the country's future on behalf of Iran." Specifically, the messages are "part of a propaganda campaign but Iran, who are using proxy groups in Iraq to flex their regional muscle amid rising tensions with Washington."

Meanwhile in Kabul on the anniversary of 9/11, a rocket exploded at the U.S. Embassy in Afghanistan. Thank god an "all-clear" was declared and there were no injuries reported.