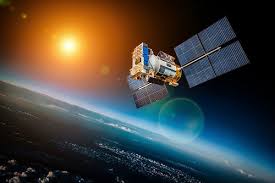 Last month, the startup Made in Space gave NASA administrator Jim Bridenstine an elaborate show of its orbit-bound automation. Like the Fates pinching the thread of life, a robotic arm unspooled a thin copper wire for a self-assembling satellite dish. Nearby, a plastic bar, carved as a lattice to shrink its weight, stretched across the ceiling, demonstrating how a 3D printer might eventually crank out rods for massive solar panels. Designed for use in space, the idea is that a satellite would print and assemble its unwieldy power supply once in orbit, rather than bringing it along from Earth. In July, Made In Space received a $74 million investment from NASA to send up such a satellite, dubbed the Archinaut, in 2022.

But perhaps the most valuable product of Made in Space, at least anytime soon, lay unassuming on a nearby table: a coil of wires, stuffed inside a plastic bag, that looked like it should plug into one of the fancy 3D printers or robots around it. The wire, called ZBLAN, is a niche form of fiber-optic material that Made In Space plans to start selling in small quantities next year.