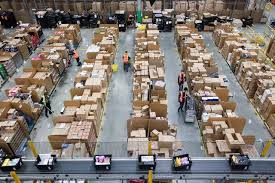 The FTC has apparently wasted no time in launching the agency's anti-trust probe into Amazon.

According to a Bloomberg report, several merchants have already participated in several meetings and phone calls with the agency to discuss the amount of leverage Amazon has over their business, as well as the impact that the e-commerce giant's sometimes-arbitrary rule changes can have on their bottom lines.

According to BBG, which based its story on conversations with a handful of third-party merchants who use Amazon's platform, the interviews have involved several FTC attorneys and at least one economist.

The retailers all said they were asked basic questions like what percentage of revenue their businesses derive from Amazon compared with other online marketplaces like Walmart and EBay. This suggests that the FTC is skeptical of Amazon's claim that third-party sellers have real alternatives.

Though the probe is likely still in its early days, the information BBG gleaned from the merchants it interviewed suggests that the FTC is in the process of learning how Amazon works, while keeping an eye out for practices that break the law. The investigators are also apparently trying to identify markets dominated by the company.