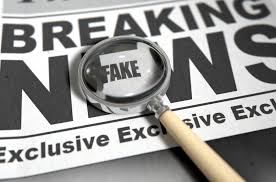 "Fake News" doesn't begin to describe the decades-old lie thrust upon us by mainstream media as the spearpoint of truth. The 'Grand Deception' has been perpetrated by all comers, from corrupt federal agencies and bought politicians, to Orwellian tech giants, Wall Street debt kings, and woke corporations. Iconic author Aldous Huxley wrote about this in his essays on Enemies of Freedom, and expounded on the subject with the 1958 interview with Mike Wallace.

We've been Epsteined! is now a handy slap back for any talking head trying to nip a debate in the bud or stop someone from researching an event. The hairy canard of the CIA's 1967 "conspiracy theorist" label died a thousand deaths when Epstein had his neck broken.

With the murder of Jeffrey Epstein – only press lapdogs believe this narcissist committed suicide – the spin cycle has come to a full stop. The centrifuge is over.  No more wet lies to be squeezed out of the bedsheets of pedophile rings or false flag events. I'm sure Epstein helped the hit squad turn off the hallway video cameras, too.

The assault on our senses came to an abrupt end with the execution of Jeffrey Epstein. This summer's string of false flags and grand deceptions have hit a brick wall. The Epstein Wall. The Gilroy Garlic Fest shooting with its recycled storyline. The MK-Ultra, 21-year-old shooter in El Paso with his CIA-ghostwritten manifesto. Followed, a day later, by the Dayton deranged shooter with a crooked smile right out of central casting.

Epstein's death exposed the low-tide moment of the old guard, who are now being stripped bare by the truth. The FBI's vacuous conspiracy-theory-as-national-security-threat white paper crashed headlong into the Epstein Wall. This stealth propaganda has also failed to work with public sentiment. A half-century of lies and propaganda died from blunt force trauma with the pedophile's death. Epstein's murder made sure of that.

When the government failed to sell his death as a suicide, one week after the FBI's perfectly timed release of its propaganda thesis, the shadow mask melted away. Even mainstream journalists at least softly questioned the string of surreal "coincidences" that enabled Epstein's death to happen. Let's call Epstein's death "jumping the shark" in the annals of false flag stories.

Nearly everyone questioned the false narrative of the supposed suicide. Everyone who took the time to think about it looked at the array of coincidences it took to pull off the death of their star witness. No videotape. Broken surveillance cameras. Abrupt removal of an unnamed cellmate. Epstein's defense attorney, who hired his own defense attorney the first business day after the client's death. And the clincher: Epstein's lawyer urged the warden to remove his client off of the suicide watch list, just weeks after Jeffrey's first "suicide attempt" had left ligature marks around his neck.