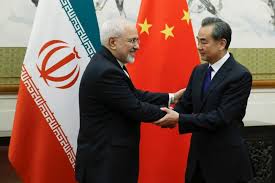 The assets that benefited included oil, which rallied 6% on expectations that increased chances of a US-China trade deal will be positive for global growth, and therefore for energy prices. It is likely the oil price will now find further short term support from news at the weekend that Saudi Arabia has replaced its oil minister with a half-brother of the kingdom's effective ruler, crown prince Mohammad bin Salman, who favors higher prices.

Given the close correlation between the oil price and inflation expectations, these developments might seem to point to higher than expected future inflation, and a reduced chance of central bank easing, which would be bearish for overpriced global bond markets.

However, other news last week can be considered bearish for both the oil price and global growth expectations. In particular, reports that China has signed a long term agreement to buy large quantities of Iranian oil in defiance of US sanctions will weigh on global crude prices and further complicate US-China talks, reducing the chances of a deal before the 2020 US election. In effect, the world is now facing a four-way tug of war over the oil price. The clearest position is that of Riyadh, which wants higher oil prices. Outgoing oil minister Khalid Al-Falih was appointed in 2016 to secure Opec production cuts and juice up prices, both to plug Saudi's fiscal deficit and to support the planned IPO of state oil giant Aramco. However, at US$62/bbl, the price of Brent remains far below Riyadh's near term target of US$75-80/bbl, hence Al-Falih's replacement with a royal insider.