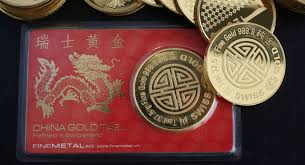 The slump came as the US slapped a 15 percent tariff on the remaining $300 billion-worth of goods imported from China, with the tax stepping into effect on September 1.

China's gold reserves climbed by some 99.91 tonnes over the past nine months, with total gold reserves standing at 2,141 tonnes as of August 30, and foreign exchange reserves growing to $3.1 trillion, according to fresh figures from the People's Bank of China released over the weekend.

Between July and August alone, the value of China's gold hoard is said to have climbed by over $7.5 billion, from $87.87 to $95.45 billion, with the country buying 5.91 tonnes of the precious metal in the last month.

China's total gold reserves had stood at 2,042 tonnes of the precious metal as of the end of December 2018, with the August figures meaning China's total holdings in tonnes had grown by 4.85 percent.