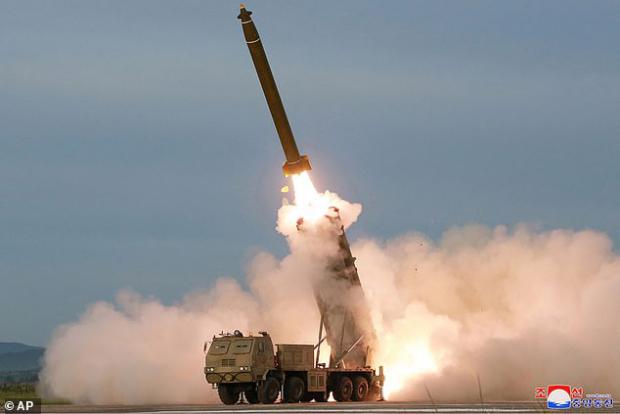 South Korea's military said the projectiles were fired from South Phyongan province, close to the capital Pyongyang, around 7am local time and flew 205 miles towards the Sea of Japan.

The country's Joint Chiefs of Staff and Defense Ministry said it is too early to tell whether the projectiles were short-range ballistic missiles or rocket artillery, and that further analysis is being carried out.

The test marks the eighth round of launches since late July, when Kim Jong-un began personally overseeing tests in an attempt to pressure the US and South Korea to abandon joint military drills which ultimately went ahead - albeit in muted fashion.

Tuesday's test - coupled with the announcement about nuclear talks - seems designed to pressure the US back to the negotiating table after talks between Trump and Kim stalled in Vietnam in February this year.