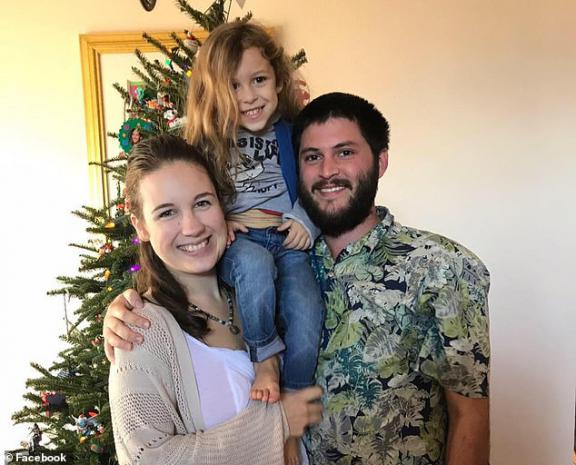 Noah McAdams will now stay in the care of his maternal grandparents and continue chemotherapy treatment after a judge questioned the fitness of his parents during a custody trial in Tampa, Florida.

In April, Joshua McAdamas, 27, and Taylor Bland-Ball, 22, cut short Noah's treatment just 12 days after he was diagnosed with lymphoblastic leukemia - a cancer of the blood and bone marrow.

Noah underwent the first two rounds of chemotherapy at All Children's Hospital in in St. Petersburg before his parents decided to stop the treatment because they claimed he suffered adverse side effects.

The hospital alerted police when the couple failed to bring Noah in for his next chemotherapy treatment on April 22 and refused to attend a follow up medical appointment.

At the time, Noah's parents claimed publicly that he was cancer free after his first chemotherapy treatment.

Bland-Ball credited his 'recovery' to CBD oils, vitamins, an alkaline diet and alternative methods of treatment.

By the time police received a court order to take Noah into child protective services, McAdams and Bland-Ball had fled out-of-state with him.