A reader asks me why he can't have a Mahindra Roxor – which is basically a Jeep CJ/Wrangler 4×4 that costs half as much as a new Wrangler. One's legal to drive on public roads, the other's not.

Because the government won't allow it. The government says it doesn't comply with various saaaaaaaaaaaaaaaaaaaaaaaafety standards – though neither did a Jeep Willys back in the '50s or a CJ in the '70s and you could buy – and use on public roads – either of those when it was new. Also air-cooled/rear-engined VW Beetles and all kinds of other vehicles which we're not allowed to drive anymore on the roads we pay for but which the government asserts ownership over. 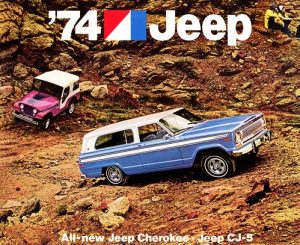 America used to be a relatively free country – and isn't anymore.

It was until comparatively recently an extremely free country in terms of cars. Before the late 1960s, the car industry was largely free to build practically anything it wanted to – from pocket-sized BMW Isettas and semi-seaworthy Amphicars to gaudy Chryslers with twin-four barrel V8s – and if people bought what was built, everyone was happy.

There was still liability, of course – for defective vehicles. But otherwise, the vehicles were made to meet market demand and the government largely stayed out of it. 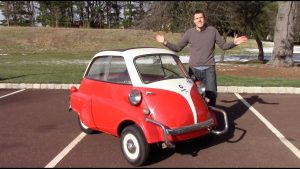 It's why cars had great big fins and all kinds of different engines and layouts – and ranged from the extremely basic to the ultra-elaborate. A horse for every course – and budget.

1 Comments in Response to Why Can't I Have This?

Actually, YOU CAN drive this on the road! In Arizona, OHVs (Off Highway Vehicles) can be insured, registered and plated to drive on the roadways as long as the vehicle has all the required safety equipment, such as turn signals, seatbelts, mirrors and such. I personally know of at least one law enforcement officer who does so with HIS own Roxor.