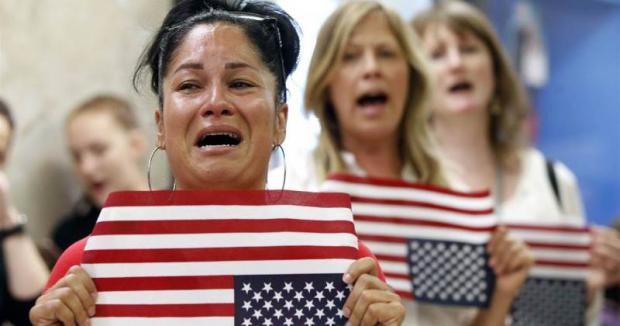 Under SB 276, California's Department of Public Health would investigate medical exemptions from doctors who have granted five or more in a year. The bill was first introduced by Democratic state Sen. Richard Pan in February and was approved by the legislature last week. Newsom also signed SB 714, a companion bill, which includes changes proposed by him, such as "allow(ing) a child who has a medical exemption issued before January 1, 2020, to be allowed to continue enrollment until the child enrolls in the next grade span."

Newsom's approval of the stricter regulations comes a week after health officials in New York City said a massive measles outbreak that spread across parts of Brooklyn since October has ended. The crisis reignited a nationwide conversation about vaccinations and the need to implement tighter vaccine laws. California is among a handful of states -- including New York -- that do not offer personal, philosophical or religious exemptions from school vaccination requirements.

California, which previously had notable levels of unvaccinated schoolchildren, has recently seen an overall decrease after the state outlawed non-medical exemptions.

Under the new laws, the state will issue a standardized medical exemption certification form for doctors to complete and send to a child's school. The form would outline the details of the exemption and include information about the medical basis for the exemption. In addition to reviewing doctors who grant five or more exemptions in a year, the state would also investigate schools "with an overall immunization rate of less than 95 percent." Additionally, the legislation gives California the authority to revoke a medical exemption deemed "inappropriate" by a state physician or public health officer.