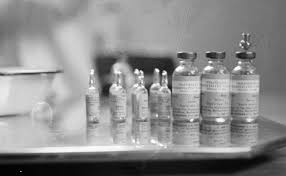 What they rarely if ever disclose, however, is that both the inactivated polio vaccine (IPV) developed by Jonas Salk and the live-virus oral polio vaccine (OPV)—developed first by Polish scientist Hilary Koprowski and later by Albert Sabin—frequently have caused the very condition they were supposed to prevent.

U.S. regulators fast-tracked the Salk vaccine in 1954, deliberating for just two hours before approving it for wide-scale use. Despite Salk's belief that a "killed-virus" vaccine "could not accidentally cause polio in those inoculated," the number of reported polio cases rose immediately and dramatically within a year, with particularly steep increases in some states—including a 642% spike in Massachusetts. According to one account, National Institutes of Health doctors and scientists were "well aware that the Salk vaccine was causing polio," and some health departments even banned it. To make matters worse, in a "massive and highly publicised disaster," over 200,000 unsuspecting children received a batch of polio vaccine later determined to be defective—manufactured by Cutter Laboratories, the batch contained improperly inactivated (and, therefore, live) polio virus that gave polio to at least 40,000 children.