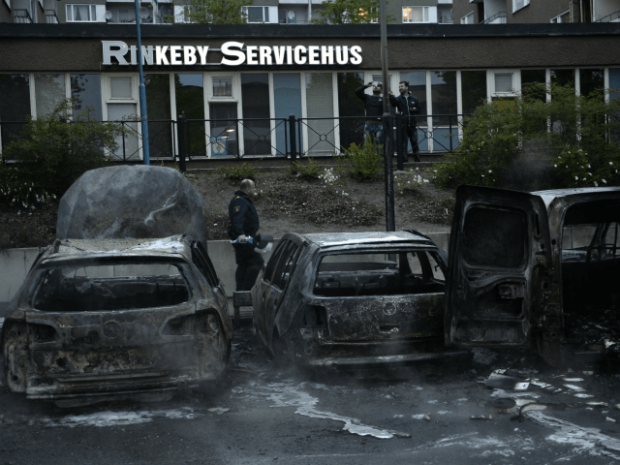 The municipality of Söderhamn is one of the areas forced to pay for security guards as there are currently no municipal police available to patrol the city centre with the local government diverting funds to pay for the guards, Swedish broadcaster SVT reports.

In the northern suburbs of Stockholm, where some of the most notorious no-go areas such as Rinkeby, Tensta, Husby, and Järva are located, around 70 million Swedish Kronor ($7,272,300/£5,915,700) has been invested in hiring security guards.

"They could support the police and help curb drug trafficking. If we overcome drug trafficking and the use of drugs in Järva, it would reduce the number of shootings in the area," local Christian Democrat politician Erik Slottner said.

Nearly a year ago, the local government applied to police to make parts of Järva a "LOV 3" area which allows security guards to coordinate with police officers.