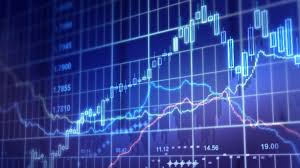 Echoing what many skeptics before him have said, Burry argued that record passive inflows, coupled with active fund outflows which suggest passive equity funds will surpass active by 2022 according to BofA...

... are distorting prices for stocks and bonds in much the same way that CDOs did for subprime mortgages. Eventually, the flows will reverse at some point, and when they do, "it will be ugly."

"Like most bubbles, the longer it goes on, the worse the crash will be," Burry told Bloomberg.

This nascent passive bubble is also why Burry had avoided large caps and was focusing entirely on small-cap value stocks: to Burry, they tend to be underrepresented in index funds, or left out entirely, which is why they are i) cheap and also why ii) when the passive bubble bursts, they will be the few names left standing.

To be sure, Burry's strategy is hardly new: we first profiled that exact threat in April 2017, when we quoted One River's Eric Peters who warned to "expect enormous losses in the next correction"... as "there is no such thing as price discovery in index investing"... either on the upside, or on the downside, and as a result "the stocks that have been blindly bought on the way up will be blindly sold."