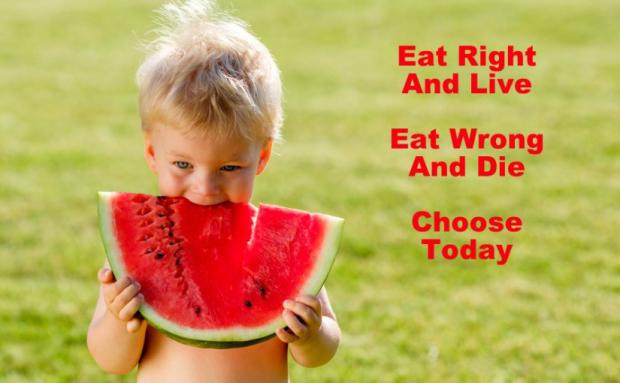 (Or, possibly the right way up at last?)

From Germany By Karma Singh

Statistically, about 1/3rd of the population of the First World would be expected to develop cancer and most will die as a result.  Total Nonsense from start to finish…

Let's Look At This Situation From An Entirely Different Point Of View.

1) Cancer is your friend which will keep you alive in circumstances which would otherwise kill you.

2) Cancer is not a disease but a natural, short-term emergency solution for a completely different problem.

3) Cancer is not the only such: Arthritis, arteriosclerosis, osteoporosis, gout, rheumatism and a host of other well-known "incurable diseases" are, similarly, natural emergency solutions and NOT illnesses! These also affect about 1/3rd of the First World population.

4) Cancer has never killed anyone! I.e., if you don't tackle the real problem, the cancers, perforce, become so large that they prevent normal organ function and you die from organ failure. Most cancer related deaths, however, are caused by medical treatment.

7) In many countries, laws have been "purchased" giving them monopoly status on cancer and some other ailments and/or liability exemption. This is because cancer is so highly profitable, running at around $50,000.00 to $70,000.00 per cancer death.

In 2018, the cartel's co-ordinating bank, Goldmann-Sachs, declared that "there is no profit to be made in curing people so it is not going to happen."

8) Until, in the early 20th century, the move from fresh to processed "foodstuffs" began, cancer was a very rare dis-ease. Parallel to the rise in the consumption of "processed foods" we see a rise in the cancer rate.

So, why are we not told of this very clear causational relationship?

Quite simply; there is no money to be made from teaching people to eat cleanly and so you are lied to and told that cancer is a mystery which needs enormous sums spent on "research" to find a "cure". Purely "coincidentally" (of course) the amount of money collected by donations each year for spurious "research" is pretty much the same amount which the pharma cartel spends on suppressing knowledge of and access to effective methods of dealing with this malady.