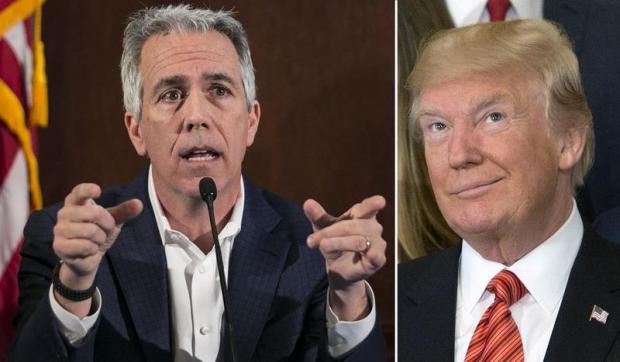 Nevada, Arizona, Kansas and South Carolina Republican parties are expected to finalize the cancellations during weekend meetings, according to three former GOP officials - which Politico suggests is an example of "Trump's takeover of the entire Republican Party apparatus," which underscores "the extent to which his allies are determined to snuff out any potential nuisance en route to his renomination — or even to deny Republican critics a platform to embarrass him."

Sounds like Politico is a little upset as well.

Advisers to the president pointed to a long history of state parties canceling primaries for their incumbent presidents, and noted that it will save money. Trump's GOP opponents, however, are crying foul.

"Trump and his allies and the Republican National Committee are doing whatever they can do to eliminate primaries in certain states and make it very difficult for primary challengers to get on the ballot in a number of states," said former one-term Congressman Rep. Joe Walsh (R-IL). "It's wrong, the RNC should be ashamed of itself, and I think it does show that Trump is afraid of a serious primary challenge because he knows his support is very soft."

Is The New Covid 'Surge' All About The Election? by Ron Paul