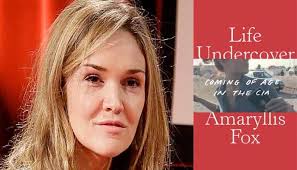 A former CIA officer who says she spent years under deep cover has written what appears to be one of the most revealing memoirs ever put to paper by an American intelligence operative — a book so intriguing that Apple bought the television rights even before its October publication date.

But the book, "Life Undercover: Coming of Age in the CIA," by Amaryllis Fox, has become embroiled in dual controversies.

Some former CIA officers who have learned about its contents are questioning its veracity, saying key details don't ring true. Some are casting doubt on the book's climactic scene, Fox's recounting of a dramatic solo meeting she says she had in Karachi, Pakistan, with al Qaeda-linked extremists.

And, in an extraordinary move, Fox submitted her memoir to publisher Knopf Doubleday without getting approval from the CIA's Publication Review Board, in violation of the nondisclosure agreement every agency officer signs, according to three U.S. officials familiar with the matter.