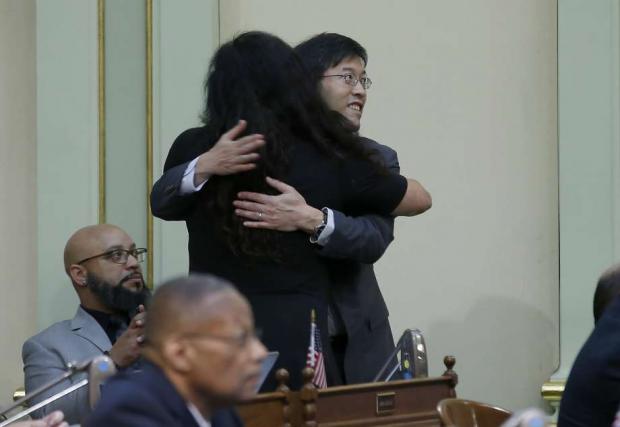 Lawmakers voted 28-11 to approve SB276, which would give the state Department of Public Health the authority to revoke new exemptions, under limited circumstances, if it determines the waivers are improper.

Dozens of protesters heckled senators from the gallery as they voted, chanting, "You have not represented California for all." Opponents held upside-down American flags to signal distress and later blocked the entrance to Newsom's office. A few protesters ultimately met with members of the governor's staff.

Bill author Sen. Richard Pan, a Democrat from Sacramento and a pediatrician, asked lawmakers to send the legislation to Newsom without a series of last-minute amendments the governor requested.

Lawmakers have been besieged for months by people who believe vaccines could harm their children — a danger that medical experts say is far outweighed by the threat posed by the diseases the vaccines head off — and legislators have little enthusiasm for voting on the subject again before their session ends Sept. 13. Pan noted that Newsom announced he would support the bill in June, after negotiating changes to an earlier, more sweeping version.