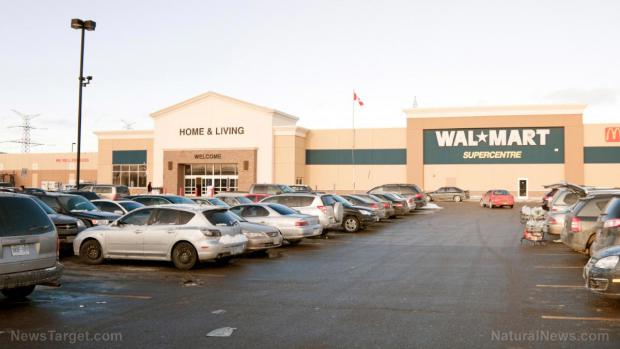 (Natural News) Following a mass shooting at a Walmart store in El Paso, Texas last month, company executives did a little math and figured out they could use the incident to their advantage and virtue signal to a majority of customers by implementing new policies aimed at curbing gun and ammunition sales. (Related: Researchers: Crumbling family structures are contributing to mass shootings.)

In a statement to employees this week, CEO Doug McMillon wrote:

We have a long heritage as a company of serving responsible hunters and sportsmen and women, and we're going to continue doing so. In a complex situation lacking a simple solution, we are trying to take constructive steps to reduce the risk that events like these will happen again. The status quo is unacceptable.

This comes after McMillon jumped on the Left-wing gun control wagon following the shooting to call for new 'discussions' about reimplementing an "assault weapons" ban despite the fact that a 10-year ban on such weapons in the 1990s and early 2000s did not reduce gun morbidity or murders.

In his rush to placate liberal soccer moms and social justice warriors, isn't McMillon actually making Walmart shoppers less safe and more likely to be targeted in what are now "gun-free" super centers?

Consider, as Katie Pavlich at TownHall notes, that there have been incidents at Walmart stores in the past where armed citizens have intervened to stop the kind of mass shootings that occurred in El Paso or, at least, reduce the number of casualties (and save lives):

Just last month an armed citizen became a hero after stopping a mass shooting at a Walmart in Missouri.

As reported by NewsTarget, just a few days after the El Paso shooting, a 20-year-old armed with a rifle, handgun, and wearing body armor was arrested by police after he was intercepted by an armed off-duty firefighter — on a Walmart parking lot.

Entryway, bullet-proof-glass, stations requiring everyone to lock-box his guns upon entry, before the door is opened so that he can enter the store. This would at least cut down of the assault rifles that would get in. I mean, if TSA can do it at the airports, why not Walmart? Or is it that WM is trying to become politically aligned in some way.

10 Things to Expect After Self Defense Shooting

NOT CLIMATE CHANGE: Oregon Woman Catches Arsonist on her Property with Matches --

Boy, 12, is suspended and Colorado police visit his home after waving a bright green toy gun...

Me and the NRA

Superfoods for GUNS: How to clean and lubricate firearms using orange peel extracts and COCONUT OIL

In Act of Heresy, N.R.A.'s Former No. 2 Calls for Gun Control

Americans Sense Something Is Wrong: Gun Sales Up 72%