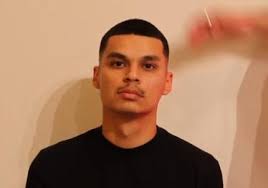 The short video, Why Don't We Murder More White People?, shot by David Garcia, played for over a month at the taxpayer-funded Yerba Buena Center for the Arts in San Francisco, where Garcia is a fellow. While the leftist film is not a call to violence, it does query whether or not people should be harmed because of their race, and several people who were interviewed did advocate violence. One man even said, "F*ck the police," and Garcia replied, "Beautiful." The point of the video is to demonize white people in a divide-and-conquer strategy.

A man living in Ukraine criticized the video, and compared it to the Russian Communist revolution that spent decades nurturing hatred against aristocrats, priests, and entrepreneurs. He wrote that the US media is creating a religion of hatred against whites, men, heterosexuals, and traditional families. -GEG

The video was removed from Youtube, but can be accessed on BitChute at this link: