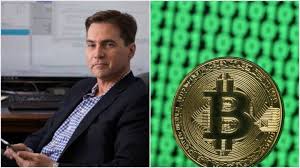 Wright was recently instructed to distribute 50% of his BTC holdings allegedly mined before 2014 and intellectual property (IP) to the Kleiman estate. Wright's legal counsel based in Florida also detailed they need more time because Hurricane Dorian is forcing the attorneys to expend energy preparing.

The person who claims he invented Bitcoin, Craig Wright, has asked for an extension of time in order to challenge Judge Reinhart's recent ruling. The motion to compel order explains that Craig Wright should distribute 50% of the BTC supposedly mined by Wright and Kleiman before December 2013. Half of the patents related to the Bitcoin network and technology filed prior to David Kleiman's death must be given to the Kleiman estate as well. The case started on Valentine's Day 2018 and involves the multi-year business relationship between Kleiman and Wright. The Kleiman family, specifically Dave's brother Ira, believes that Wright defrauded and manipulated Dave's inheritance and rights to his intellectual property.

The federal courthouse where most of the proceedings have occurred is located in West Palm, Florida.