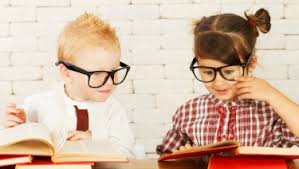 The piece, titled "Government Concedes Vaccine-Autism Case in Federal Court – Now What?" was published in January of 2013, and dealt with a case in which the US government's Court of Federal Claims conceded that routine vaccination had aggravated a child's underlying condition and led to that child developing "features of autism spectrum disorder."

Now, the following statement appears in place of that article:

A previous blog post published on this site has been removed in the interest of public health. The article expressed the sole opinion of its author, who retains the rights to publish it elsewhere. Multiple studies have demonstrated that vaccines are safe and effective. Our letter from the editor has more on this decision.

This retraction did not occur in a vacuum. The first half of 2019 has seen a coordinated effort to scrub the Internet of any information that is critical of the claim that "vaccines are safe and effective." The push began last fall, but gained momentum in January when the World Health Organization declared "vaccine hesitancy" to be a "global health threat," placing it alongside Ebola, cancer, war zones, and drug-resistant pathogens.