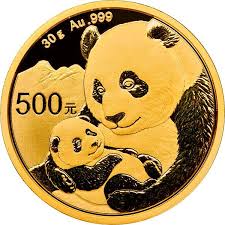 Speaking on Condition of Anonymity

Reuters said it had verified its claims by talking to seven unidentified "sources in the bullion industry in London, Hong Kong, Singapore and China", who in summary had said that "quotas have been curtailed or not granted at all for several months". According to the Reuters sources quoted, "there are virtually no import quotas now issued in China" and "next to nothing was imported by banks in June and July". Quite dramatic if true.

These sources also speculated that the motive for the claimed gold import quota restrictions was to "help limit the amount of money leaving the country amid a plunge in the value of the yuan".

A week later on 22 August, Reuters published a follow-up article titled "China eases restrictions on gold imports: sources", claiming that its bullion industry sources, which by then consisted of 'three people with direct knowledge of the matter in London and Asia", were now saying that the PBoC  had "began to  issue quotas again last week" but that these quotas were "less than usual". According to one of the sources "some [gold import] quotas have been given". According to another source, there had been a "partial lift" of the quota restrictions.