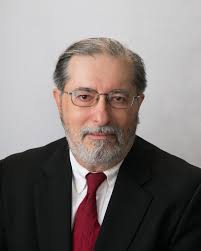 While some might consider my expressed views on what happened last year to Alex Jones and www.InfoWars.com, namely, being "banned" [a term that reminds me of the evils of Apartheid] by nearly all the major social media during one 24 hour period, a conspiracy theory, I assert that the evidence does support the theory that these major corporate actors were acting in concert and that their actions violated the Racketeer Influenced and Corrupt Organizations Act (RICO) and the 14th Amendment.

The sordid story continues and gets worse.

Not long ago  Facebook imposed a "total ban" on even mentioning Alex Jones (and Rev. L. Farrakhan and others). Unless you preface your reference to the banned with the "compelled opinion" that you renounce the banned speakers, your reference to these 'Unpersons" will be likewise banned.   Shades of the Soviet Encyclopedia with its repeated airbrushing of historic photos and policy of "banning" any mention of the victims of Stalinist repression.

Facebook hasn't hired any hit squads (yet) so I suppose American social media isn't quite Stalinesque, but I think anyone so "banned" by the Deep State Social Media Crony Corporations has good grounds to sue.

We are told that the "bannings" were not unlawful censorship since the banning entities are all "private companies", not subject to the First Amendment's injunction, "Congress shall make no law … abridging the freedom of speech…" I disagree.

The companies may be private enterprises, but they are public actors, acting "under color of law" through their state corporate franchise and their use of the Internet Public Utility, or Public Commons, for commercial profit.