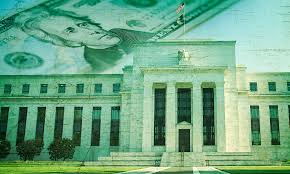 "U.S. President Donald Trump's trade war with China keeps undermining the confidence of businesses and consumers, worsening the economic outlook. This manufactured disaster-in-the-making presents the Federal Reserve with a dilemma: Should it mitigate the damage by providing offsetting stimulus, or refuse to play along? If the ultimate goal is a healthy economy, the Fed should seriously consider the latter approach… There's even an argument that the election itself falls within the Fed's purview. After all, Trump's reelection arguably presents a threat to the U.S. and global economy, to the Fed's independence and its ability to achieve its employment and inflation objectives. If the goal of monetary policy is to achieve the best long-term economic outcome, then Fed officials should consider how their decisions will affect the political outcome in 2020." Bill Dudley, Bloomberg op-ed, August 27, 2019

The former president of the Federal Reserve Bank of New York's piece galvanized an overwhelmingly negative response. Virtually everyone agrees it would be an outrage for the Fed to take such a plunge into the political maelstrom.