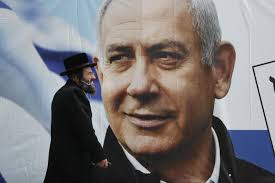 The real fight in Israel's re-run election next month is not between the right wing and a so-called "centre-left" but between two rival camps within the nationalist right, according to analysts.

The outcome may prove a moment of truth for the shrinking secular right as it comes up once again against an ever-more powerful camp that fuses religion with ultra-nationalism.

Will the secular right emerge with enough political weight to act as a power-broker in the post-election negotiations, or can the religious right form a government without any support from the secular parties? That is what the election will determine.

An earlier election in April, which failed to produce a decisive result between these two camps, nonetheless confirmed the right's absolute dominance. The Zionist centre-left parties, including the founding Labor party, were routed, securing between them just 10 seats in the 120-member parliament.