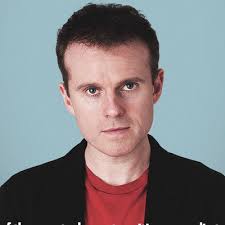 If anybody is still uncertain about the extent to which woke identity politics has corroded the arts, one need look no further than the mainstream critical response to Quentin Tarantino's new film, Once Upon a Time in Hollywood. I have argued elsewhere on spiked that good criticism is characterised by a balance of individuality and objectivity. Of course, we expect critics' interpretations to be informed by their own temperaments and tastes. But we also need them to stop their ideological leanings from overwhelming their critical faculties.

I am always most attracted to work that divides audiences and reviewers, and I would be keen to read an intelligent critique of Tarantino's latest tour de force. But for all my efforts, I have yet to find a single negative review that doesn't favour tedious moralising over meaningful analysis. Richard Brody in the New Yorker complains that the film is 'obscenely regressive', 'ridiculously white', and 'celebrates white-male stardom'. Matthew Rozsa in Salon dismisses it as 'sexist historical revisionism'. Writing for the Observer, Wendy Ide mars an otherwise insightful review by expressing frustration at 'the positioning of middle-aged white males as the real victims'.

Those critics who have become subsumed into the cult of wokeness can rarely lay claim to individuality in their analysis. The cumulative effect feels like the product of a hive mind, one that is less concerned with artistic merit than with matters of diversity, inclusivity and representation. Just as the BBC rated Game of Thrones episodes based on the proportion of dialogue assigned to female characters, Timemagazine published an article entitled 'We Counted Every Line in Every Quentin Tarantino Film to See How Often Women Talk'. And yes, the exercise is as fatuous as it sounds.