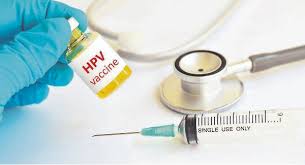 Judicial Watch exposed the scandal of Merck's Gardasil vaccine for girls and young women in 2014 as being "linked to thousands of debilitating side effects, according to the government's own daunting statistics". Ireland apparently didn't get the message.

According the Judicial Watch report,

"Since 2007 Judicial Watch has been investigating the Gardasil scandal and exposed droves of government records documenting thousands of adverse reactions associated with the vaccine, including paralysis, convulsions, blindness and dozens of deaths. Based on the records JW published a special report in 2008 detailing Gardasil's approval process, side effects, safety concerns and marketing practices. Undoubtedly, it illustrates a large-scale public health experiment."

Whereas Gardasil was originally only offered to young girls, it is now conceived as a 'gender neutral' vaccine, thus doubling its potential market. ? TN Editor [/su_note]

The HPV vaccine will be made available to first-year boys in secondary schools in Ireland for the first time from next week.

Until now, boys have not been included in the free human papillomavirus school vaccination programme.

Following a review by the Health Information and Quality Authority, the vaccine is being extended to all first-year secondary school students from the start of September.

Since 2010, girls in the first year of secondary school have been offered a form of the cancer protection, which has now been made more effective to protect against 9 out of 10 types of HPV cancers.

There is a catch up scheme for older girls, but the parents of boys who are above first year in secondary school will have to pay for the vaccine at their GP.

Minister for Health Simon Harris said the decision to provide it for first-year boys only is based on the medical advice available to him.

He said: "All the medical evidence and indeed HIQA's health technology assessment highlighted the importance of starting with boys in first year."

Minister Harris added: "For other parents, if you're child isn't in first year, you can still go to your GP and get the vaccine that way as well, through paying for it."

However, he said he "certainly does not rule out a catch-up programme at a later stage".

Around 400 cases associated with HPV are diagnosed here every year, while around 100 people die as a result.

SAGA "No Jab No Cruise" Discrimination ? NO EXCEPTIONS WHATSOEVER