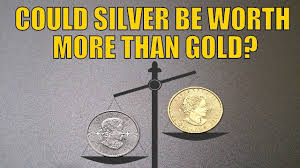 Chris' note: Today, I bring in my good friend E.B. Tucker, precious metals expert and editor of Strategic Investor, to give us a big-picture update on the gold and silver markets.

As regular readers know, E.B. was spot-on with his prediction in December that gold would hit $1,500 an ounce this year. Gold's up 20% this year… crossed the $1,500 barrier earlier this month… and is showing no signs of slowing down.

But what some readers may not realize is that E.B. made another important call recently. During an interview with Investing News Network at the Sprott Natural Resource Symposium in Vancouver last month, he said silver would hit $20 this year.

That's looking very likely now after silver's huge day yesterday. It's currently sitting at $18.40… up 13% from when he made the prediction.

Below, E.B. explains why both metals are still buys today… and shares an easy, one-click way to get some silver exposure…

Chris Reilly, managing editor, Casey Daily Dispatch: E.B., as regular readers know, you were spot-on with your "$1,500 gold in 2019" call back in December.

You recently made another call for $20 silver, which is also looking good after yesterday's run-up. What's next for silver now?

E.B. Tucker, editor, Strategic Investor: Good question, and I'll get back to that a bit later… but let's actually take a closer look at my gold prediction first. There's something very important going on.

I got the big picture right in gold. And so far, all you have to do is put the trade on and watch.

I think people need to be very careful right now of their thinking with gold. A lot of people have been involved in gold before and are burned out… and they don't believe that this move in gold is real. And what they're going to do is sell at the first sign of life. And then, the price will keep running higher, and they'll wait to get back in. And they'll end up kicking themselves and buying in later at much higher prices.

Don't do that. If this is a true bull market in gold, you don't want to watch it run away from you.

And I stuck to that call throughout this year. In January, I sat back down with the same reporter at Kitco, and she asked me if I was willing to double down on that call. I said yes. I sat down again in March with gold at $1,300. Yes, I was still calling for $1,500. I sat down again in May, about a week before the gold price took off, and the reporter asked me once again, "Are you willing to stay with this?" Once again, I said yes.

I saw the setup. It was easy. Sure enough, 10 days later, it took off. It's at $1,550 today. It's a big move. Now, Chris, it's important for you to understand that people still don't believe it. They truly don't believe that this gold rally is real. I've been all over Canada for meetings this month. I'm very connected in the gold business. No one thinks it's real, but it is.

Chris: Why do you think people are doubting it?

E.B.: One of the reasons why is because Canadian investment bankers have been doing billions of dollars' worth of deals in the cannabis and blockchain businesses. And yes, business has been great for these guys. And the gold sector has been absolutely dead since 2013. In fact, it's been barbecued… and the fire went out and everybody abandoned it. And so, people see gold shoot up $250… over 20%… and they think, "Ah. This is gold, though. Nobody buys gold anymore. It's over." Now that's what you call apathy.