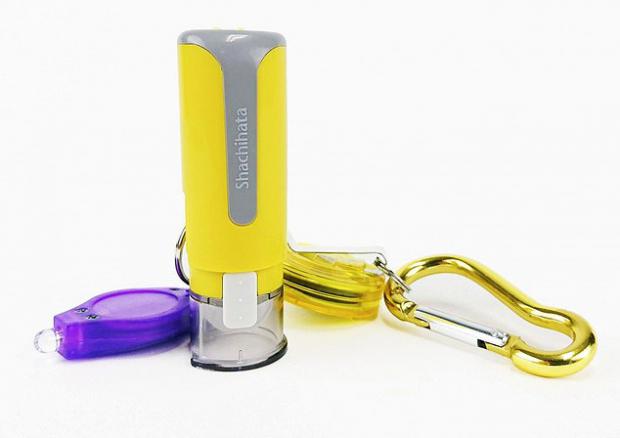 Japanese developer Shachihata Inc released a limited amount of the products that  use a special ink yesterday at 1pm.

It is hoped that the chikan (groper) stamps, which cost ¥2,500 (£19), will help to tackle the problem of groping on crowded trains, reports the Japan Times.

When used the stamp leaves the mark of an open palm which can only be seen under ultraviolet light.

The mark is not visible under sunlight, making it very discreet in public, and is quick to use as there is no lid.

A light which is included with the stamp can be used to reveal the 9-millimeter stamp and the mark can be washed off.

Buyers of the product also get a strap which can be attached to bags and show to others that they have the stamp on them.

A spokesman for the company told the Japan Times that after the trial sale, the company plans to adapt the product based on feedback.