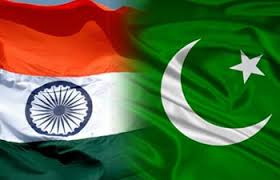 Pakistani Prime Minister Imran Khan raised the prospect of nuclear war with India while calling for international assistance in a territorial dispute with his larger democratic neighbor.

"My worry is that this can escalate and for two nuclear-armed countries, it should be alarming for the world what we are facing now," Khan warned.

Khan invoked their respective weapons of mass destruction twice, stoking alarm over the arsenals that make the question of who controls the border region of Kashmir one of the "most dangerous" controversies in the world. Indian Prime Minister Narendra Modi tightened his government's control over the Indian-held portion of Kashmir, arguing that the changes would enhance security in an area simmering with terrorism threats, but Khan suggested that New Delhi is preparing a "false-flag operation" to justify a military conflict with his country.

"And then you are looking at two nuclear-armed countries eyeball to eyeball, and anything can happen," Khan told the New York Times in an interview published late Wednesday.

The two rivals clashed in February, when Indian fighter jets crossed the unofficial boundary dividing the Indian and Pakistani-controlled portions of Kashmir to strike a terrorist group in Pakistan. One of India's Soviet-made MiG-21s was downed by the Pakistani air force, and the pilot was captured. But U.S. officials sided with India in that incident because of frustration over Pakistan's perceived willingness to allow the terrorist networks to operate with impunity.