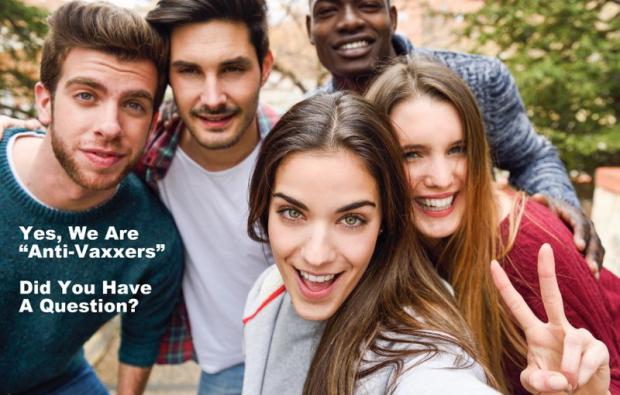 Over the years, The BolenReport has been publishing articles about the evils of vaccines, the lies about crooked science, the arbitrary political forces that want to dictate how parents take care of their children medically and run our lives.

The anti-vax community is the largest activist group in the world, with communications networks everywhere.  Even though from time-to-time  The BolenReport's connections are removed from Facebook and many of our articles are officially blocked, our news is still circulated worldwide thanks to you.

When Donald Trump came on the scene, a lot of the venom that had been aimed at the anti-vaxxer movement was shifted to him.

One of the earliest political statements he made was regarding his concerns about the safety and effectiveness of vaccines.  Trump followed through immediately after the election by asking Robert F. Kennedy, Jr., the scion of the great liberal Kennedy dynasty, to help get to the truth about the entire industry.

We need to understand why Trump set this up, quit whining about why we don't like him, and not get distracted by side issues the Marxist left keeps bringing up for the purpose of creating angry headlines and general chaos.  It is part of an overall strategy to destabilize our country.

Trump is NOT the problem, despite all the propaganda being peddled about him.  It is the goals he is in the process of achieving to protect our Western Civilization that are driving his detractors crazy.

The goal of the anti-Trump forces is to take down our government and transform our country into a controlled Marxist state.  Call it a social democracy if you like; it amounts to the same thing.  First, a nice friendly socialist state with free health care for all that then morphs into a controlled communist state Bernie Sanders and his fans forget to mention.

In fact, according in an article from the Orange County Register entitled, "School Curriculum Whitewashes Communism's History"

…the horrors of the Marxist state are never taught in our public schools. Even more worrisome, according to the Southern California Young Communist League, "Whoever controls the minds of the next generation basically controls the future." In other words, for example, students are not told that during Mao's Cultural Revolution, 3 million Chinese were killed and somewhere between 20 to 43 million died of starvation in the worst famine in world history which Mao proudly called "The Great Leap Forward."

Another detail never mentioned is that during this famine, children were killed, boiled, used for fertilizer or eaten.  These facts are hardly topics worthy of classroom discussion, apparently.

Think "Bernie Sanders" when you realize the death rate in Marxist countries worldwide, during the 20th century, is estimated to be between 85 million to 100 million.   What Trump has said from the beginning, he's for getting America back on track and cleaning out the Swamp of the corruption, such as that which we all know exists in the vaccine industry.

As for Trump's understanding of the medical industry…

He, and everyone else who knows anything about the medical system, knows that Big Pharma runs the whole shebang.

From the 1800s, when the German chemical industry realized it could patent synthetic drugs, the whole slew of small companies knew they were sitting on a goldmine of potential worldwide trade in patented drugs.  Instead of competing against each other, they banded together as an industry.   Vaccines were the first pot of gold they went after.  It didn't matter that from the 1790's homeopathy showed major success in preventing and/or controlling infectious diseases.  Public records and contemporary medical records confirm this.  Homeopathy was something the chemical industry couldn't patent.  The allopathic medical community not only couldn't understand its principles of healing, they hated the competition.  Homeopathy was very popular among the public because of its humane and gentle methods of healing.