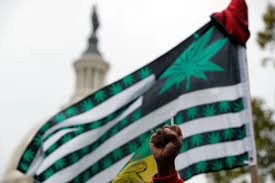 (Natural News) About a hundred years ago, marijuana began to be banned in one state after the other, until finally the Marijuana Tax Act of 1937 effectively banned its use nationwide. As reported by the New York Times, the reasons for this policy were rooted in "racism and xenophobia," and its "principal effect has been to ruin the lives of generations of people."

Marijuana was not always prohibited or viewed as dangerous in our country. In fact, as far back as the 1830s, early settlers were well aware of its medicinal benefits. The History Channel explains that by the end of the 1800s, Americans could purchase cannabis extracts from their local pharmacies or doctors' offices, and it was commonly used in the treatment of insomnia, stomach pain, migraines, inflammation and other conditions.

In recent years, attitudes towards marijuana use have begun to change, and studies have proved its medicinal value in the treatment of multiple sclerosis, epilepsy, schizophrenia, arthritis, migraines and the side effects of cancer. As the body of evidence supporting the use of medical marijuana has grown, more and more states have legalized its use. As of 2019, 33 states as well as the District of Columbia now legally allow the medical use of marijuana, and more states are likely to follow suit in the next few years.

Although even medical marijuana remains illegal at the federal level, it is generally believed that it is just a matter of time before federal law is changed and it becomes legal nationwide. This provides a massive business opportunity for farmers and end suppliers of this natural medicine.

Of course, the world's biggest industry – Big Pharma – is also well aware of its potential to line their pockets. They are not likely to simply share the bounty with others, however, and will seek to gain complete control of the marijuana industry in the next few years. After all, sales of medical cannabis are projected to reach $5.9 billion this year, and that figure is sure to boom in the coming decades. Big Pharma will never walk away from the opportunity to make that kind of money.

Big Pharma seeks to patent marijuana and steal its profits

As previously reported by Natural News, Big Pharma has already taken steps to try to secure potential medical marijuana profits by patenting it:

There are many indications that Big Pharma is looking to take over the cannabis market. For example, Insys Therapeutics — an opioid manufacturer that's come under fire for their unscrupulous marketing and sales tactics — secured DEA approval for synthetic marijuana in March.

Further, Insys Therapeutics spent $500,000 last summer to fight cannabis legalization in Arizona. Over a nine-year period, the pharma industry as a whole spent $880 million to fight cannabis reform and keep opioids flowing freely. If they actually opposed legalizing marijuana, why are they trying to patent a synthetic? The company doesn't care about cannabis; it cares about protecting their profits.