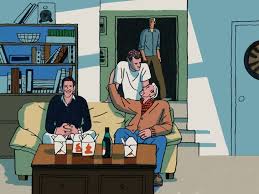 Some responses to my two recent columns on genocide prove my point. I am told that it is impermissible to protest the demonization of white people, not because it is untrue but because white people deserve to be demonized. The violent language against white people and calls for their eradication are said to be justified. This is a logical position for those who believe that liberation requires the extermination of white people.

One reader dismissed the demonization of white people, quoting "sticks and stones may break my bones, but words will never hurt me." Jews would disagree. Words expressed against them in the 1930s did them a lot of hurt in the 1940s.

In my columns I am arguing against division and orchestrated hatred. My position is unacceptable to the growing ranks of Identity Politics extremists. They want division. Identity Politics is so entrenched that there are people who think that a person who does not support the demonization of white people is himself a white supremacist. We have arrived at Orwellian plus.