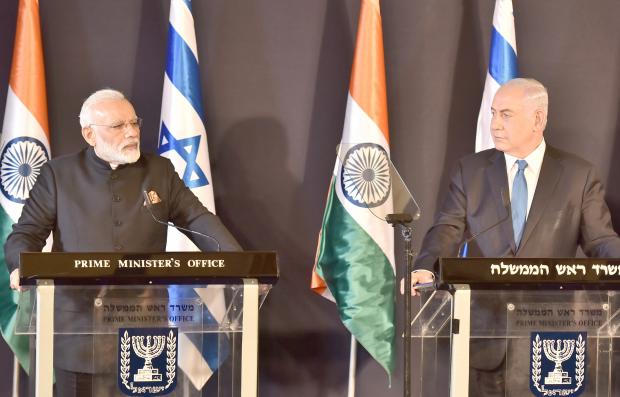 India has ordered all tourists and religious pilgrims to evacuate the territory, while sending in tens of thousands of armed soldiers and shutting down virtually all telecommunication networks. These soldiers join an occupying force estimated to number within the hundreds of thousands in what is already considered the most militarized place on earth.

The Indian occupation of Kashmir and the establishment of Israel in 1948, which resulted in the expulsion of hundreds of thousands of Palestinians, began only months apart from one another. In July 1949, two years after India and Pakistan declared independence from British rule, the two countries signed an agreement to establish a ceasefire line, dividing the Kashmir region between them. Indian rule in the territory has led to decades of unrest.