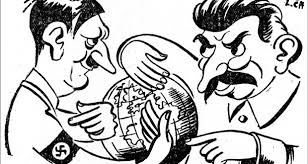 "…within an established totalitarian regime the purpose of propaganda is not to persuade, much less to inform, but rather to humiliate. From this point of view, propaganda should not approximate to the truth as closely as possible: on the contrary, it should do as much violence to it as possible. For by endlessly asserting what is patently untrue, by making such untruth ubiquitous and unavoidable, and finally by insisting that everyone publicly acquiesce in it, the regime displays its power and reduces individuals to nullities."

"Apart from the massacres, deaths and famines for which communism was responsible, the worst thing about the system was the official lying: that is to say the lying in which everyone was forced to take part, by repetition, assent or failure to contradict. I came to the conclusion that the purpose of propaganda in communist countries was not to persuade, much less to inform, but to humiliate and emasculate."

"It is countries with no dissent, which live in the quiet of the grave, that are vulnerable and fragile."

– Anthony Daniels, The Wilder Shores Of Marx: Journeys In A Vanishing World