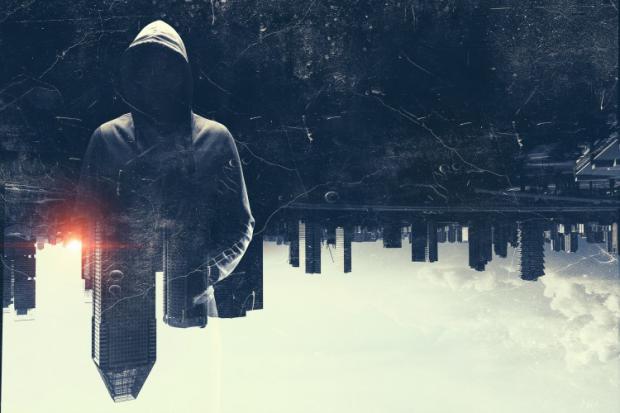 This article is related to a recent shooting between a gang, and the death squads used by the red ones, on August 1, 2019.

There are some things in life that still have the potential to surprise guys like me. Especially when such things happen in my own hometown when I was born and bred, and that used to be a safe place in my younger years. Isolated violence is not uncommon in small towns in South America, no matter what country you are, but it´s usually related to crime and drugs, and similar stuff. But the new elements are really something to worry about.

The story starts when Hugo decided to arm civilians (illegally) with AKs to defend the supposed revolution going on. With a pocket full of money to buy Caribbean countries loyalty, and whoever crossed in his path, no one cared about it and what effect this would have in our society. He was going to do whatever he wanted, and so he did. Yes, Hugo, arming people in da hoods was a GREAT idea. Thanks for nothing, moron. Afterwards, the few people really decent who had the terrible idea to receive a weapon would be screwed: many of them were victims of criminals looking to take the guns from them. These AKs and handguns would be under control of the "colectivos", a word used to mask illegal activities like express kidnapping, blackmailing, retail drug business and small scale money laundry, under organizations that would do "community or social/cultural work" for the poor barrios.

Far from the truth.

Yes, there are some organizations that are doing a good job, within their means. But most of them are just a cover for gangs. Their members are common criminals in many instances, heavily brain-washed with communism, and consumers of some type of substance. Real little jewels, aren't they?

Authorities are allowing gangs to cause a lot of trouble.

Gangs would organize themselves, usually recruiting very young members with some kind of military or police training. Just like it seems to be happening all over the world. Adding insult to the injury, regular police and armed forces were given orders to not mess with them. To let them be. They steal broad daylight, gun in hand, roaming in swarms and police can't do anything.

These irregular forces is an (internationally illegal) line of defense that the narcos in power NEED because they have shot the protesters, killed people, and have immunity: THAT IS THEIR JOB, TO CONTROL PEOPLE UNDER THE DISGUISE OF CIVILIAN TURMOIL!! Dudes!

It just happened in China with the massive killing with knives!. "Patente de corso" in Spanish. License to kill. If you believe that the guys sitting there are just corrupt and inefficient, think twice. They're psychos, and very dangerous. They know exactly what they are doing and what they have to do to keep in power: starve the people, and shoot them massively if rebellion starts.

Did you believe that movies like The Hunger Games were exaggerated?

People, we are facing the exact same situation. A corrupted elite wrapped in designer clothes, toting Gucci purses, eating like queens and kings, they and their families protected by hundreds of bodyguards while people starve in every district.

I'm not talking about politics here. I'm making a profile of the gangs, where they come from, why they are so strong and why civilians and regular forces have been unable to combat them.

To keep social control, another faction was created. Won't name it here, don't want to get labeled. They transport in black pickups without a license plate, dress in black, faces covered. Their weaponry and gear is first class. I've studied some footage and photos, and I know this is true. Their training is merciless.

What kind of decent country allows that?

Venezuela has a long history of gangs.

The gangs usually need to show their power and impunity to the world, to intimidate their rivals and the general public. Social networks have been useful for this. In this link, you will find something that happened in the immediate vicinity of my hometown, in a hacienda. (Unrelated to the most recent shooting that generated this article) Altagracia Massacre

Now, please allow me to inform what happened in the town where I spent a very happy childhood, and a more than regular adolescence: Altagracia. It used to be a peaceful, quiet town. Lots of migrants, especially from Islas Canarias, Spain. Lots of Italians, too. They learned to love that land that embraced them as their own children. Many of them never came back to their origin place, even though they could, preferring to stay. Lots of farms, both cattle and corn, tomatoes, tobacco, and pastures. A mild climate, very warm, but at the same time welcoming. It's hard to explain. You would have to experience it to understand it, maybe. It has been quite shocking for me to learn about this and wanted to take my time to do good research and write something meaningful.