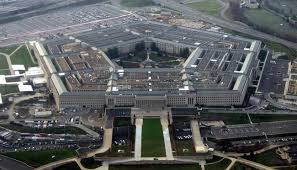 "We are reviewing the DoD's handing of the JEDI cloud acquisition, including the development of requirements and the request for proposal process," said Pentagon IG spokeswoman Dwrena Allen in a statement, adding that a "multidisciplinary team" of auditors, attorneys and investigators are investigating JEDI matters "referred to us by Members of Congress and through the DoD Hotline."

"In addition, we are investigating whether current or former DoD officials committed misconduct relating to the JEDI acquisition, such as whether any had any conflicts of interest related to their involvement in the acquisition process."

Allen said the review "is ongoing and our team is making substantial progress. We recognize the importance and time sensitive nature of the issues, and we intend to complete our review as expeditiously as possible."

The OG intends to write a report and notify Defense Secretary Mark Esper and DoD leaders of the findings, as well as inform Congress, according to standard protocols, she said. "We will also consider publicly releasing the results, consistent with our standard processes. -Bloomberg

On August 1st, Defense Secretary Esper ordered a separate review of the Pentagon's JEDI cloud contract after President Trump supported critics saying that Amazon was given an unfair advantage.