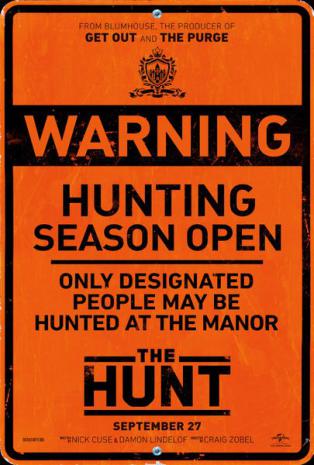 Watch the latest video at foxnews.com

"The Hunt" is billed as a satire that follows wealthy thrill-seekers taking a private jet to a five-star resort where they embark on a "deeply rewarding" expedition that involves hunting down and killing designated humans. The Hollywood Reporter reported on Tuesday that "Universal is re-evaluating its strategy for the certain-to-be-controversial satire" following the shootings after ESPN reportedly pulled a trailer for the film that had been previously cleared to air on the sports network.

"The violent, R-rated film from producer Jason Blum's Blumhouse follows a dozen MAGA types who wake up in a clearing and realize they are being stalked for sport by elite liberals," THR's Kim Masters and Tatiana Siegel wrote. "It features guns blazing along with other ultra-violent killings as the elites pick off their prey."

"The Hunt" is billed as a satire that follows wealthy thrill-seekers taking a private jet to a five-star resort where they hunt "deplorables" for sport.

According to the Hollywood trade publication, characters in the film refer to the victims as "deplorables," which is what Hillary Clinton famously dubbed Trump supporters during the 2016 election. The report noted that a character asks, "Did anyone see what our ratf--ker-in-chief just did?"

"At least The Hunt's coming up. Nothing better than going out to the Manor and slaughtering a dozen deplorables," a character responds, according to THR.

"Out of sensitivity to the attention on the country's recent shooting tragedies, Universal Pictures and the filmmakers of 'The Hunt' have temporarily paused its marketing campaign and are reviewing materials as we move forward," a Universal Pictures spokesperson told Fox News late Wednesday.

DePauw University professor and media critic Jeffrey McCall told Fox News that the movie is "harmful to a culture that surely needs messages of unity and understanding" during the current climate.