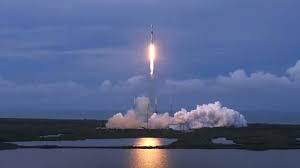 President Reuven Rivlin hailed the successful launch, saying it was a "morning full of pride," and thanking those involved for their "important work for the State of Israel."

The launch was originally planned for last weekend, but was delayed due to a possibly defective piece of equipment on SpaceX's Falcon 9 rocket, which carried the craft into space. Spacecom, which designed the satellite, said in a statement to the Tel Aviv Stock Exchange on Friday that the launch was delayed due to a suspected faulty valve discovered during testing of the rocket.

The launch of the Amos-17, the firm's newest and "most advanced" satellite, to provide services over Africa, was scheduled to take place almost three years after Spacecom lost its Amos-6 satellite in an explosion on the launchpad of a SpaceX Falcon 9 rocket in September 2016.