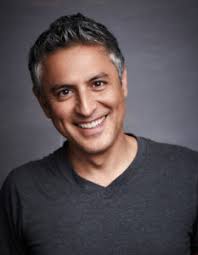 (Natural News) In the wake of another two mass shootings which the Left-wing establishment media is blaming on President Donald Trump's 'hateful rhetoric,' a former CNN host has just called for violence against presidential counselor Kellyanne Conway and every one of POTUS' supporters.

And if that isn't bad enough, he made the threat on Twitter, which summarily ignored it because he wasn't attacking and threatening Democrats and their like-minded Marxist allies.

As reported by Summit News:

Reza Aslan refused to apologize after calling for the "eradication" of Kellyanne Conway and Trump Supporters, with Twitter saying his rhetoric didn't violate their rules.

You be the judge. Azlan tweeted:

So then when @KellyannePolls said we need to "eradicate" this evil she meant shoot it in the face? She was threatening the El Paso shooter? We are all so fucking fed up with you racist GOPers and your bad faith bullshit. https://t.co/kXFcoGVzF2

No, Twitter didn't ban this person who is actually the real terrorist.

As for his accusations about the KKK and whatnot, here's a great primer on just who founded and supported the KKK (hint: It wasn't Republicans), and which political party has historically been racist and bigoted (hint: It isn't the Republican Party).

Aslan wasn't through, however. He then specifically targeted Conway in a subsequent tweet:

You are "the depraved evil" we need to eradicate. https://t.co/zPJhVS1hkn