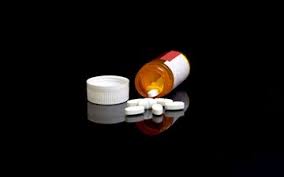 McKesson Corp, Cardinal Health Inc. and Amerisource Bergen Corp - which account for the majority of prescriptions supplied to pharmacies - made the verbal proposal while negotiating with a group of state attorneys general, according to three people familiar with the offer who aren't authorized to speak publicly on the matter.

The proposal marks the first time in two years of discussions that the three distributors have put an actual dollar figure on a resolution.

Responding to the offer, the National Association of Attorneys General countered with a demand for $45 billion paid over decades to cover the costs of the public health crisis brought on by opioid abuse, addiction and overdoses.

Whether the distributors and attorneys general can agree to a deal remains uncertain. But reaching a compromise may not be the toughest hurdle. The distributors face almost 2,000 additional lawsuits brought by cities and counties across the U.S., with a separate group of lawyers leading the litigation. Getting them to sign on to any deal could prove challenging.

McKesson spokeswoman Kristin Hunter Chasen said in an emailed statement, "We regularly engage with the state attorneys general, but the company has made no settlement offers."